You may know that in Acumatica you can put several large containers (like grids and forms) together. But to controls or optimize space usage on small screen Acumatica uses special Split Container control.

Basically this is the panel that you can drag and drop to reallocate space used by nested controls.

To handle it Acumatica ASPX markup has special element:

Under the Template1 and Template2 elements you can place other container controls like Form and Grid.  Here I have an example for putting grid into the Template1.

Do not forget to setup AutoSize for the SplitContainer so it can be automatically expanded for whole available space.
Also if you have 2 grids that are depend on each other do not forget to do following:

So that is it in general. As soon as you have configured grid this way you will have split container working as it is shown on GIF above.

Unfortunately Acumatica’s current Customization Layout Editor cannot use split container, so you cannot do this with simple drag and drop as it works for other controls. 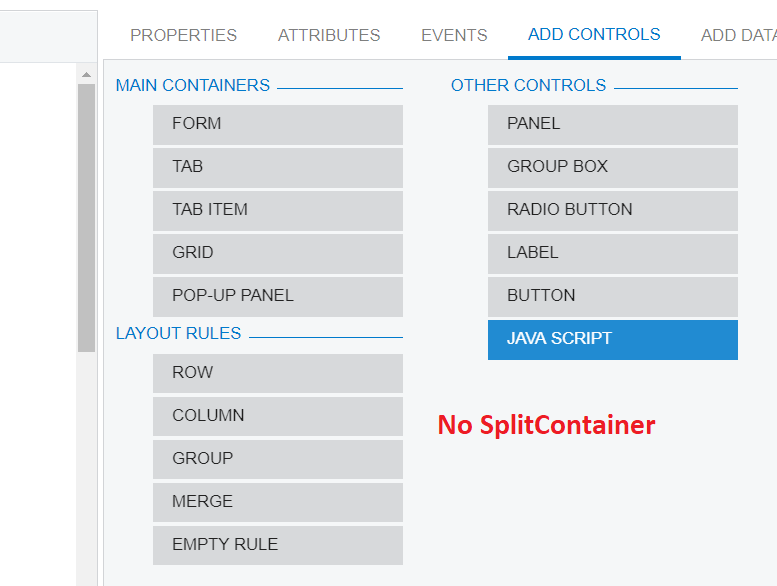 One of the obvious ways will be to use visual studio, but what to do if we need to modify existing screen and keep upgrade support? What if we do not have Visual studio.
Lukily there is a simple workaround where you can use browser functionality to edit ASPX and replace control with split container. I would like to show you an example with grid.

You can try to replace grid you originally copied to notepad into the split container, but you need to be very careful and to this incrementally step by step. The problem is that there might be a situation that you are trying to add element but its parent is not yet create/committed and than you will see an error like this “Sequence contains no matching element” 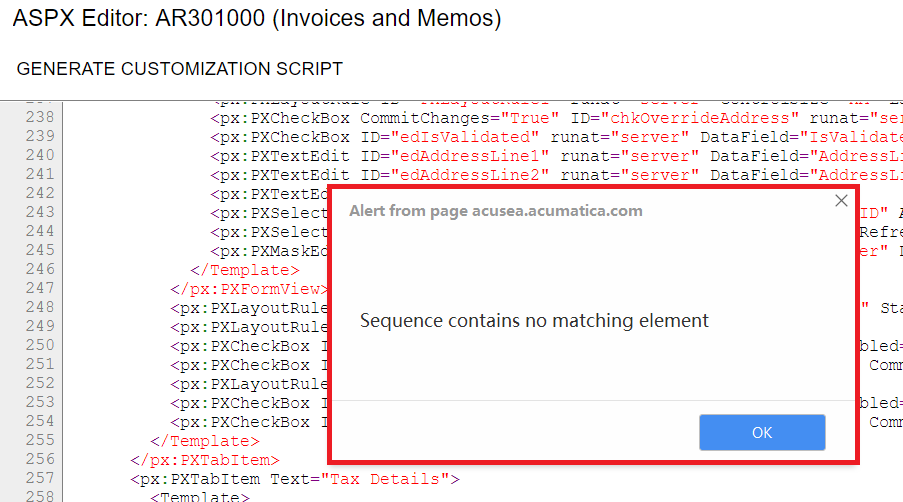 You can try to past less data, like for example paste empty grid first and than add line by line. Please also note that you should not replace grid ID with code you paste, it also may rise errors.

So that is it. We have created a split container with 2 grids right within browser without Visual Studio and with upgrade support.

Have a nice development!